Version v0.9.0 of Aither added a finite rate reacting flow capability. To test this capability and to compare the effect of finite-rate chemistry to frozen chemistry and equilibrium chemistry, a test case for dissociating in a shock tube was added to the Aither testCases/dissociation directory. The simulation follows the description in Luke [1].

The shock tube simulation was run with three separate chemistry mechanisms for comparison. A frozen chemistry model, a finite-rate model, and an equilibrium model were used. Each of these models are present in Aither as of v0.9.0.

For the frozen chemistry simulation, no reactions were present. This is the default chemistry model for Aither. In can be explicitly selected by setting the chemistryModel to none or frozen in the input file as shown below.

The chemistry mechanism is defined in Luke [1], but the rates have been converted to use instead of . The two reactions used in the mechanism are shown below.

The reaction rates are increased by three orders of magnitude by copying the ${AITHER_INSTALL_DIRECTORY}/chemistryMechanisms/O2_2s2r.mch file into the run directory and increasing the C parameter in the Arrhenius fit by three orders of magnitude. Aither will first look for the mechanism file in the run directory before checking the installation directory, so this altered mechanism takes precedence over the version that comes with Aither.

The simulations were run in a time accurate manner using a time step of 2e-7 seconds for a total time of 2.4e-4 seconds. The plots below show the temperature and degree of dissociation in the shock tube at the end of the simulation. For this simple mechanism the degree of dissociation is just the mass fraction of present. The temperature plot clearly shows the effect of finite-rate chemistry in the region behind the shock. The plots also show that the finite-rate solution is bounded by the frozen and equilibrium solutions. These results from Aither show excellent agreement with those in Luke [1]. 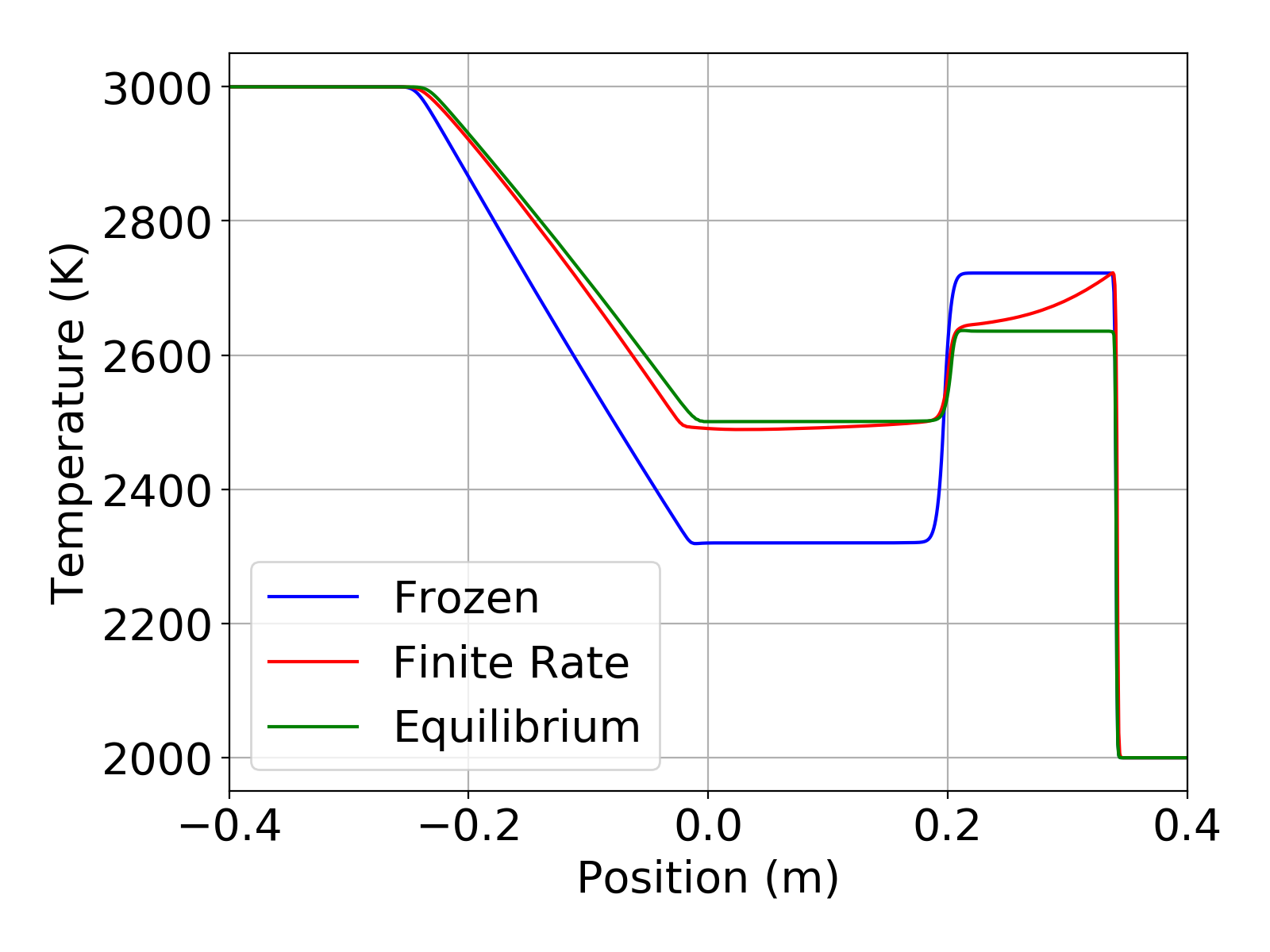 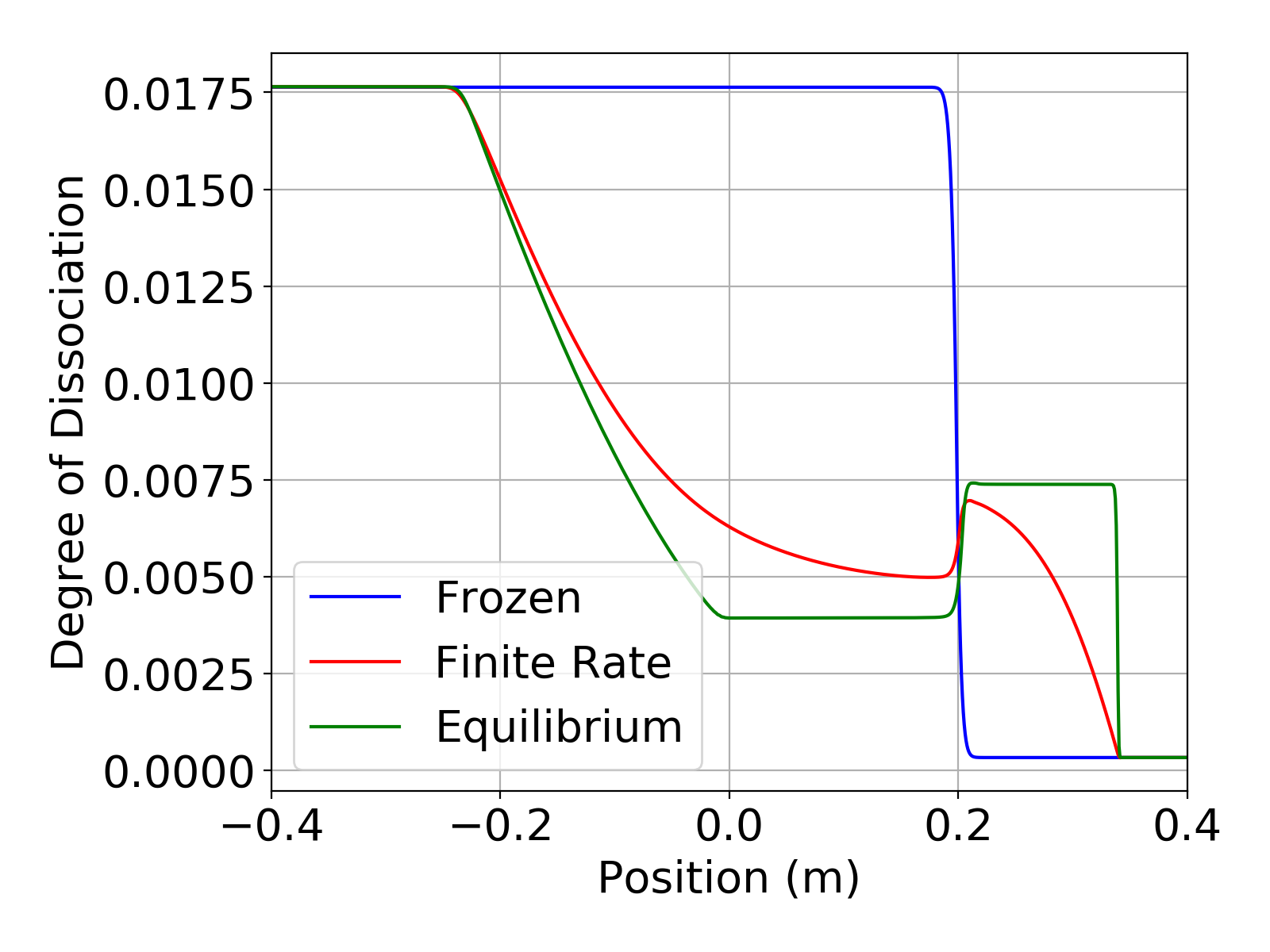 Degree of dissociation in shock tube for frozen, finite-rate, and equilibrium chemistry mechansims.